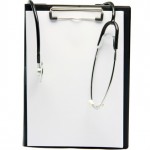 Just like everyone else, your doctor is human, and he or she occasionally makes mistakes — including misreading symptoms and either diagnosing a disease that’s not actually present or failing to diagnose a disease that is present. But exactly how widespread misdiagnoses are might surprise you (Some studies have claimed it happens as much as 47% of the time.), so it’s useful for patients and medical professionals alike to keep all options open when it comes to determining what’s ailing someone and to know what conditions are often misdiagnosed. Here’s a list of some of the illnesses that are commonly diagnosed incorrectly.

Lupus
Lupus is an autoimmune disease (a malfunctioning of the immune system) that is difficult to diagnose because it can affect any part of the body and because its symptoms, like fatigue, are what is called “nonspecific symptoms” — that is, symptoms that aren’t related to any one particular disease.

Fibromyalgia
Fibromyalgia is a mysterious condition affecting the joints that is hard to diagnose because it’s characterized by widespread pain and fatigue and because its exact cause is unknown. Also, because there’s debate over the nature of fibromyalgia, there is no test for diagnosing it.

Lyme Disease
Lyme disease is an infectious illness spread by ticks whose early symptoms — fever, headache, irritability, fatigue, depression — can be hard to differentiate from other conditions.

Chronic Fatigue Syndrome
As its name implies, chronic fatigue syndrome is a condition whose primary symptom is fatigue, so it’s difficult to tell it apart from other ailments with similar signs. As such, there are no tests to diagnose CFS; rather, testing is used to eliminate other possibilities, allowing doctors to narrow the cause down to CFS.

Attention Deficit Hyperactivity Disorder (ADHD)
ADHD and other mental, emotional and behavioral disorders are hard to diagnose because they rely on subjective observation rather than an objective lab test. A 2010 Michigan State University study estimated that nearly 1 million American children — about 20% of child ADHD cases — may have been incorrectly diagnosed simply because they are the youngest of their classmates and thus act a little more immaturely.

Autism
Like ADHD, autism is a developmental disorder whose diagnosis is based on observation rather than testing of biological factors. Because of this, there is ongoing debate as to whether or not it is overdiagnosed.

Hypothyroidism
Hypothyroidism occurs when the thyroid gland does not make enough thyroid hormone, and its symptoms — fatigue, sadness, weight gain, insomnia — are similar to those of depression, and thus the two conditions can be mistaken for one another.

Heart Attack
Heart attack symptoms include chest pain, fatigue and trouble breathing, which may cause it to be confused with stress or a panic attack.

Multiple Sclerosis
Multiple sclerosis is one of a group of medical conditions known as “great imitators” because they are often misidentified as other conditions because their symptoms are similar and nonspecific in nature.

Syphilis
Syphilis and other sexually transmitted diseases can be hard to pinpoint because symptoms — rashes, bumps, sores — are nonspecific, or there may be no symptoms at all.