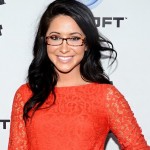 Medical assisting isn’t exactly the profession you choose if you want to become famous, but against all odds, there have been several medical assistants throughout history and into the present who have achieved a certain level of notoriety at some point in their lives.

Scottish historian and renowned expert on Indian culture, John Leyden served for a time as a medical assistant in India before moving on to a variety of positions, such as professor, judge and commissioner.

British physician John Snow, a pioneer in the area of epidemiology (studying the cause and behavior of diseases within a population) and in the use of anesthesia and hygiene in medical procedures, worked early in his career as a medical assistant in the English village of Pateley Bridge.

French doctor Alphonse Laveran, who discovered the cause of malaria and later won the 1907 Nobel Prize for Physiology or Medicine, started out as a medical assistant working as an ambulance officer during the Franco-German War.

Known primarily as an educator who created the influential Montessori method of education emphasizing child-centric, practical learning, Maria Montessori was also Italy’s first female doctor, and she worked during her youth as a medical assistant in Florence.

Winner of the 2008 Nobel Prize in Physiology or Medicine for discovering the role of papilloma viruses (whatever they are), German doctor Harald zur Hausen worked as a medical assistant shortly after earning his medical degree from the University of Düsseldorf in 1960.

Famous for her collaborations with husband Edward Kienholz, American artist Nancy Reddin Kienholz had a series as jobs — including medical assistant, emergency room attendant and court reporter — before becoming a full-time artist.

Debbie Rowe skyrocketed to fame in 1996 when she and pop star Michael Jackson married. She had developed a friendship with him while working as a medical assistant to Michael Jackson’s dermatologist, Arnold Klein, and she offered to bear the children she knew he wanted. (Klein later claimed to be the father of the couple’s son.)

Famous for being the eldest daughter of former Republican Vice Presidential nominee Sarah Palin, Bristol Palin (pictured) works as a medical assistant in a dermatologist’s office — when she’s not starring in a reality TV show.

The 2013 winner of the Miss Illinois title (earning her entry into the Miss America pageant), Brittany Smith graduated from Purdue University in 2012 with a degree in Health & Kinesiology and currently works as a medical assistant.

(Sources: University of Edinburgh, The Strange Case of the Broad Street Pump: John Snow And the Mystery of Cholera, NobelPrize.org, NNDB, TheFamousPeople.com, Wikipedia, On a Scale That Competes With the World: The Art of Edward and Nancy Reddin Kienholz, Ask Men, E! Online, The Chicago Tribune)