Does Marijuana Make You Skinny? 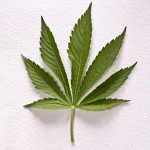 Popular thought has it that smoking marijuana gives you “the munchies,” making smokers eat more than non-smokers — in excess of 600 calories more, according to a 2006 study — but if that’s true, why aren’t potheads noticeably fatter than the rest of the population? As it turns out, that’s exactly what a group of researchers from the University of Nebraska and Harvard wondered, and they just may have found the answer…at least partially.

The link between marijuana and obesity (or lack thereof) turned up in a 2011 study that found that cannabis users had obesity rates about 8% lower than those of non-users, but the reasons for the deviation remained unknown. Similarly, a 2012 study found that marijuana users had lower rates of diabetes without much explanation as to why.

The Nebraska-Harvard study, however, dug deeper by examining more than 4,600 subjects, 12% of which currently smoked marijuana and other 42% of which had used it in the past. The participants were tested for waist circumference, cholesterol and blood sugar, and in all three categories, pot smokers displayed healthier results. In each instance, there was a “statistically significant” difference, even after accounting for factors such as age, sex, race/ethnicity, education level, income, marital status, tobacco use, alcohol use and physical activity.

The mean measurement of non-marijuana smokers’ waists was 38.3 inches; for smokers, it was 36.9. Smokers’ high-density lipoprotein (HDL) cholesterol (the “good” cholesterol) levels were 1.63 mg/dL higher than non-smokers. And as far as blood sugar goes, smokers’ “fasting levels” on insulin were 16% lower, and their homeostasis model assessment of insulin resistance (HOMA-IR, or a condition in which cells fail to absorb and use insulin properly, which can lead to diabetes) was 17% lower. Those participants who had previously used marijuana had better results in these areas than those who had never used, but still not to the degree of those who had smoked in the past 30 days. Interestingly, the results were impacted strictly by how recent the pot use was, not how much pot was smoked.

The researchers behind the study still aren’t exactly sure how it happens, but marijuana appears to improve the body’s insulin control, which in turn helps lower rates of diabetes and obesity. If doctors in states in which marijuana is legal for medicinal use think they get some whacky requests now, just imagine when news of this study spreads.