Is Beatboxing Bad for Your Voice? 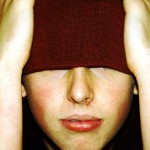 If you’re a fan of old school hip-hop music or new school a cappella music, chances are you’re familiar with beatboxing, a vocal maneuver in which people imitate drum, cymbal and other percussive sounds with their mouths. You don’t have to listen to much beatboxing to come to the assumption that doing it frequently and for extended periods of time would probably be hard on the vocal cords — even more so than singing — but is that really the case?

Although there has been plenty of research on the medical impact of singing on the voice, there is little information on the effects of the relatively new phenomenon of beatboxing. A recent study published in the Journal of Voice, however, examines the vocal cords of beatboxers, with interesting results. A team of doctors from the University of Illinois and Boston University inserted a fiber optic endoscope into the noses and down the throats of four male beatbox artists, aged 22 to 32, and observed the anatomy involved with making beatbox sounds in order to determine the level of wear and tear involved from a medical standpoint. (See videos from the study below.)

The results were a bit surprising. Researchers found that, although there are some similarities between how singers and beatboxers use their vocal cords, beatboxing uses the entire vocal tract — including the muscles that control the pharynx — to make sounds, whereas singing basically uses only vocal cords. This means that beatboxing allows the stress to spread out, minimizing the impact on any one part of the throat and reducing the risk of vocal damage. Further reducing the risk is the fact that the beatboxers in the study tended to keep their glottis — the space between the vocal cords — open, which also lowers the amount of stress on the cords.

The researchers suggest that singers can learn a thing or two from beatboxers. By using more of their vocal tracts, singers could reduce strain and help their voices stay stronger over long periods of time.

The team plans on expanding the study to female beatboxers, since women’s larynxes are smaller and have a different shape from men.