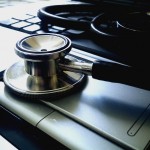 Beginning in 2010, the federal government made available nearly $1.2 billion in incentives to get hospitals and doctors to move away from paper medical charts and record keeping and implement electronic health record (EHR) keeping on a “meaningful” level.

Three years later, the endeavor is paying off, with the number of hospitals using electronic records tripling since 2010. Rural hospitals in particular have jumped on the e-bandwagon, with about 33% having gone electronic in 2012 compared to only about 10% in 2010. Doctors’ offices haven’t been quite as responsive to the incentives, but they still have increased their EHR usage by 12%, from 26% in 2010 to 38% in 2012.

Understandably, it’s the smaller hospitals and medical practices — those with fewer records and thus less need in their minds to adapt — that have been most hesitant to move to electronic health records.

The benefits of EHRs, after all, are many, including:

Within this rapidly changing environment, medical assistants who handle patient records have to adapt as well. Familiarity with EHR computer systems will soon become essential in order to perform their daily duties. If it isn’t already, all of medical assistants’ documentation will become computerized. The information previously written on paper charts will be entered into EHR systems, including responses to questions regarding patient histories and vital signs, which may even be able to automatically upload from medical devices like blood pressure monitors and EKGs.

Because of this massive shift in practice, an increasing number of medical assisting programs are offering diplomas with focuses on electronic health records, with position titles such as electronic record medical assistant (EMA) and Electronic Health Records Professional (EHRP).