What Do Medical Assistants Spend Most of Their Day Doing? 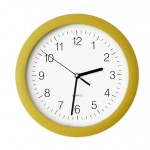 If you’re thinking about becoming a medical assistant, you might know what duties will be expected of you when you land a job, but you might not realize just how much of each duty you’ll be performing each day. Well, thanks to a survey conducted by the American Association of Medical Assistants (AAMA) of almost 4,000 MAs nationwide, you can get a sense of which tasks are likely to be the most prevalent — information that can go a long way to helping you determine if this is the profession for you.

Although you might expect medical assistants’ responsibilities to be split evenly between the clinical and the administrative, the AAMA survey revealed that 72% of their time is devoted to clinical duties, with clerical tasks accounting for only 25% of their time.

So, which specific duties are you most likely to be spending your days doing? According to the AAMA survey, these are the most widely performed clinical responsibilities, in order of prevalence (along with the percentage of respondents who said they routinely do these tasks):

And these the the most prevalent administrative/managerial responsibilities, in order (with the percentage of respondents who do these tasks):