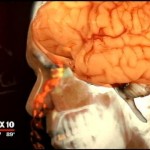 Millions of us suffer from allergies, so when Phoenix’s Joe Nagy developed a runny nose one day, he didn’t think too much of it. It started out innocent enough, with a nose drip that would occur once or twice a week, but the frequency began to increase until eventually it was an everyday affair. As […]

Chances are at some point during your school years, your teacher told you to spit out your bubble gum because it’s noisy, rude or because constructing Hubba Bubba stalactites on the underside of your desk was just plain gross. But could it be that chewing gum could’ve actually helped you in school? A 2002 study […]