A medical assistant and five other medical personnel have been fired from their positions after inappropriately accessing records of patients — reportedly including Kim Kardashian — at Cedars-Sinai Medical Center in Los Angeles. The reality TV starlet gave birth in the hospital on June 15 to a girl named North, her first child with rapper […] 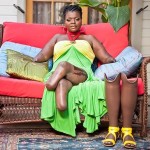 They’re called “pumping parties,” but they’re nothing to celebrate. These gatherings take a page from the Tupperware party mold, with a group of people gathering in a lighthearted residential get-together in which attendees pay for a product or service. But instead of cake plates and Jell-O molds, the person hosting a pumping party sells bootleg […]

The next time you complain about your doctor, thank your lucky stars that at least you’re not a patient of Virginia Helena Soares de Souza, a 56-year-old physician in Curitiba, Brazil who is accused of killing at least seven terminally ill people in order to free up beds in her hospital. Even scarier is the […] 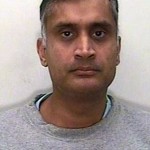 If James Bond were a doctor…and a criminal…and a skeezy perv, he might be something like Davinderjit Bains, a general practitioner who was arrested recently for secretly filming his examinations of female patients using…his wristwatch? It turns out that during his four-year stint practicing medicine in the small town of Royal Wootton Bassett in southwestern […]

When most people are asked about proper medical assistant training, they think about the hands-on duties — the clerical duties, the basic medical tasks — but there’s another, less apparent aspect of the job for which medical assistants require adequate education: ethics. Behold exhibits A and B and C illustrating the importance of medical ethics […]