5 of the Most Over-Diagnosed Diseases 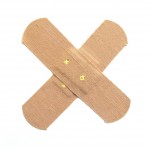 Over-diagnosis occurs when doctors or other medical professionals declare that patients have a disease or condition that they don’t have. While odds are that most over-diagnoses are honest mistakes caused by similarities in symptoms between various medical conditions, there is reason to believe there is some level of intentional steering toward certain medications that rake in billions of dollars for big pharmaceutical companies. Whatever the reason, here are some of the most over-diagnosed diseases and medical disorders.

Attention Deficit Hyperactivity Disorder (ADHD)
Arguably the most over-diagnosed ailment, this condition is also one of the most controversial because of the large amount — over $3 billion — spent annually on ADHD medications and because so many of the patients that are prescribed these drugs are children. Putting aside any intentional steering, however, ADHD is over-diagnosed because it is a behavioral disorder that relies on subjective observation rather than an objective lab test, and its indicators — hyperactivity, impulsiveness, inattention, mood swings — are also symptoms of other illnesses, such as depression, sleep disorders, bipolar disorder, head injury, overactive thyroid, hearing disorders and even reactions to items like drugs, lead or pesticides

Alzheimer’s Disease
Because Alzheimer’s disease is the most well-known disorder causing mental impairment in the elderly, it tends to be over-diagnosed. In fact, a 2011 study of 426 deceased men who’d been diagnosed with Alzheimer’s found that only about half of them actually had the disease. Because of this, ailments like depression, thyroid conditions, nutritional deficiencies, low testosterone and medication side effects that can all cause similar symptoms tend to be overlooked.

Irritable Bowl Syndrome (IBS)
Perhaps due to increased awareness of the illness over the past couple of decades, IBS diagnoses have become disproportionate to the number of genuine cases. Conditions that can be misdiagnosed as IBS include Crohn’s disease, celiac disease, and ovarian and colon cancer. IBS misdiagnoses are more preventable than most, since a colonoscopy can usually help clarify whether or not the ailment is indeed IBS.

Stress
Stress is kind of a generic, all-enveloping diagnosis to cover a broad range of symptoms, from physical to emotional to behavioral. The symptoms could actually be signs of anything from IBS to heart disease to fibromyalgia or celiac disease.

Middle Ear Infection
Any parent of young children has probably had first-hand experience with a middle ear infection diagnosis, so it shouldn’t be surprising that this is often misdiagnosed. Like stress, it is a standard explanation for a variety of common symptoms in infants, including fever, irritability, ear pain and trouble eating or sleeping.

So, if a doctor tells you you have one of these conditions, consider visiting another medical professional for a second opinion.