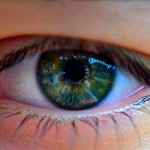 It sounds like something you’d see alongside flying cars and tube transportation on The Jetsons, but iris scanning could be coming to a doctor’s office near you sooner than you’d think. Why is this noteworthy for medical assistants? Well, one of the primary tasks that medical assistants perform every day is maintaining patient records, and iris scanning could become one of the biggest advances in medical records technology since records started moving from paper copies to computers.

One place where iris scanning is already in place is Novant Health Presbyterian Medical Center in Charlotte, North Carolina. Introduced just a few months ago, the system needs only to scan a patient’s eyes to pull up their record. It works like this: patients get an initial closeup photo of their eyes taken that captures the pattern of their iris, which is as unique as a fingerprint. This photo becomes a part of the patient’s medical record, so whenever they return for an appointment, a quick eye scan detects the iris pattern and immediately pulls up the appropriate record.

The benefits of such a system are numerous:

The Novant network of medical centers plans to roll out 150 of the iris scanning cameras in locations throughout the Southeast. They chose this technology over a similar system used in the nearby Carolinas HealthCare System that reads a unique vein in people’s palms because unlike the palm reader, the eye scanner doesn’t require patients to come into contact with the equipment, and it doesn’t require patients to provide a second piece of information, such as date of birth, once they’re in the system.

While iris scanners are primarily located in hospitals at the present time, with successful expansion and mainstream acceptance, it’s not hard to envision a time when private doctors’ offices adopt the technology as well. In the meantime, keep an “eye” out for this new technology on the horizon.