The USDA recently approved new standards for public school lunches – the cause célèbre of First Lady Michelle Obama – but the improvements still leave a lot to be desired.

Let’s start with the good stuff. The new regulations call for double the amount of servings of fruit and vegetables, the use of non-fat and low-fat milk, an emphasis on whole grain and an attempt to curb the amount of sodium our kids are consuming. Until now there had been zero regulations where sodium was concerned. The average high school lunch contains almost 1,600 milligrams of sodium, she said, more than half the recommended daily sodium intake for a high school-age student.

Unfortunately there are still some parts of the proposal the USDA failed to get authorized….
END_OF_DOCUMENT_TOKEN_TO_BE_REPLACED 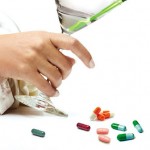 American and Australian researchers recently reported a study in which they were able to keep mice from getting completely sloshed. Though it sounds rather inconsequential scientists believe that this study could one day pave the way for what they’re calling a “stay-sober pill.”

It turns out that when mice get drunk they pretty much act the same way we do. They fall over, stumble and occasionally break down sobbing in the middle of sex. The mice in the study were given enough alcohol to make them drunk but by giving them the drug they were able to limit the effects of the alcohol and keep them from even getting a bit tipsy.
END_OF_DOCUMENT_TOKEN_TO_BE_REPLACED 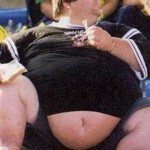 In less than twenty years 1 out of 2 Americans could be considered obese according to a new study coming out of Britain. That is, unless the government can step in and make important policy changes to help curb gut expansion across the Land of the Free and the Home of the Brave.

A team of international public health experts urged making healthy food cheaper and less-than-healthy food more expensive through tax measures. Their argument is that if the global obesity crisis continues to spiral out of control nations will be forced to face substantial burdens to their health care costs as well as economies.

A large portion of the blame is placed on what’s known as an “obesogenic” environment in which it is nearly impossible for someone to maintain a healthy weight and diet thanks to the way food is being marketed and produced.
END_OF_DOCUMENT_TOKEN_TO_BE_REPLACED 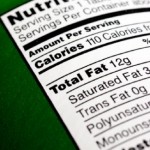 While the wellness industry is known to one of the fastest growing industries today, there are some misconceptions developed within people about healthy food choices. Sometimes they use it too much for marketing, and that is sad.

When products are labeled common wellness-support labels like “zero-gram trans fat” or “organic” or “whole”, it tends to create a notion that it is healthy so let us buy it. Although it seems to be perfectly fine, it kind of creates a mindset that it is good to consume a great amount of it, especially for people who are used to large quantities of food.

In support to this statement, using “low-calories” or “low fat” may not always be the case. According to an article : “Organic Labels May Trick Dieters Into Eating More”, talking about organics may trigger consumers minds about being less so it is okay to consume more, and that is bad conditioning.
END_OF_DOCUMENT_TOKEN_TO_BE_REPLACED 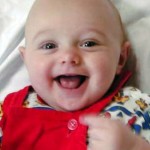 For example, an article titled ; “Quitting Smoking Before Pregnancy Could Save Babies’ Lives”, says that quitting smoking before even conceiving can bring so many good effects in relative to smoking while pregnant.

Responsible parents are loving parents, and studies do prove that avoiding habits like smoking and drinking can give a higher chance of a healthy baby.
END_OF_DOCUMENT_TOKEN_TO_BE_REPLACED